Menu
Log in
Register
Install the app
You are using an out of date browser. It may not display this or other websites correctly.
You should upgrade or use an alternative browser.

Staff member
This is as off-topic as things might get, but in my spare time I enjoy reading. One series of books that I love dearly is the Discworld series by the late Sir Terry Pratchett; a man whose writing skills and sense of humour were on a completely different level.

In the series, onbe of the main characters gets his hands on a device called a "Dis-organiser". It's essentially the fantasy version of a smart-phone, allowing its user to take pictures, make appointments or notes, and what not. The way it works is that inside the little box, there's gnomes performing these tasks for the owner of the box.

One of the start-up sounds of the dis-organiser is "bingely-bingely-beep". Many many years ago, I found an audio clip of Terry Pratchett himself saying "bingely bingely beep", presumably at some kind of a conference he was having fun at. I can't quite remember, but I think the clip originated somewhere from usenet, and it was described as "a delight soundclip of Terry Pratchett saying 'bingely-bingely-beep'". 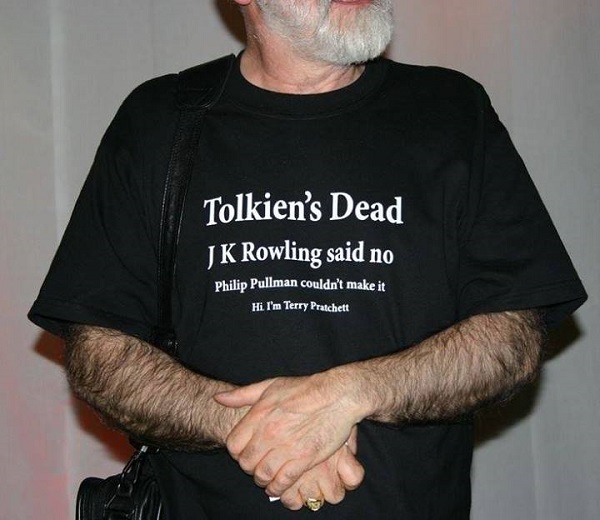 ​
However, the clip seems to have disappeared from the Interwebs, and the NAS I had it on crashed quite some time ago (damn you, Western Digital MyBookLive). I just managed to get the drive in a state where I can access data again, though, and the first thing I grabbed from it was the audio clip.

I hope you enjoy this as much as I do. This was literally the only thing I just absolutely needed to get off the drive.